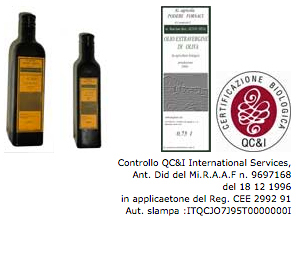 The family that owns the Agriffoli Agricultural Company also produces organic extra-virgin olive oil on the estate of Monte Sante Marie (Asciano), where the "Le Fornaci" Agricultural Company of Coradeschi Vera is located.
The product is certified and of the highest quality, obtained in limited quantities by the cold pressing of olives, cultivated according to the dictates of organic farming.
The oil obtained from these soils and from these plants has very low acidity and shows the smell and taste of the healthy fruit, picked at the optimal point of maturation.
It has a slight bitter and spicy sensation that gives the product greater character without losing its overall harmoniousness. 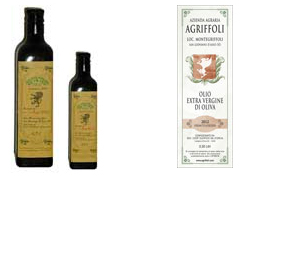 Agriffoli Agri Farm produces extra-virgin olive oil characterised by very low acidity.
Agriffoli Farm Oil derives from cold pressing of the fruit and it is also for this reason that it can boast prestigious organoleptic characteristics.
Its aroma is intense, the taste is welcoming, very fresh and clean. It has certain nuances of raw tender artichoke. A spicy aftertaste that underlines the lively personality of this product.
Colour: intense green

Olive oil has a history of 6000 years. For millennia, olive cultivation has represented the wealth of the Mediterranean populations. Thanks to the merchants, olive growing and olive oil production techniques spread from the East to the western Mediterranean and also arrived in Italy. As for the harvest today, Italy is among the major world producers of olive oil and Tuscany, in particular, among the Italian regions has a long tradition of olive oil production Even the Monterongriffoli Agrarian company wants to continue this long tradition using the oldest harvesting and pressing methods. The harvest is carried out by hand with the aid of ladders, or by picking up the fallen olives with combing, raking the tree crown with large wooden combs. After harvesting the olives are placed in well-ventilated baskets and brought to the mill, here they are washed in large tanks to remove leaves and residues of impurities, with the next step being pressing and grinding. During crushing the olives are broken with mechanical crushers, we obtain a paste formed by chopped pulp and fragments of hazel which takes the name of MOSTO OLEOSO which is subjected to a slow mixing in the kneading machines. At the end of the operation we pass to the squeezing that splits the paste into its three components: the pomace (a solid paste that contains between 2% and 6% fat, used as fuel and in construction as a thermal insulation), vegetable water and the oil. We have chosen a process of cold pressing, that is the extraction of oil with mechanical pressure and without the use of water and high temperatures to preserve, unchanged, the characteristics of the oil of our land. Once the squeezing is done and after a short rest period, it is packaged in opaque bottles or in cans to protect it from light damage and excessive heat. The expert's tasting is the first operation that follows the squeezing. The taste must be perfect, both on the nose and on the palate. The most suitable tasting hours are those in the morning, when the taste buds have maximum sensitivity. 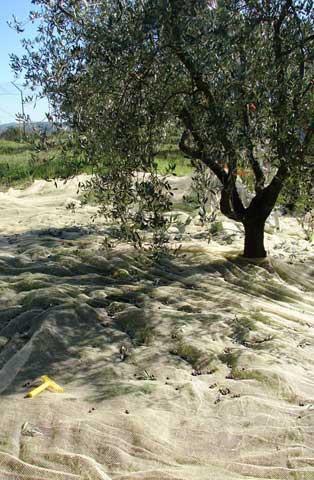 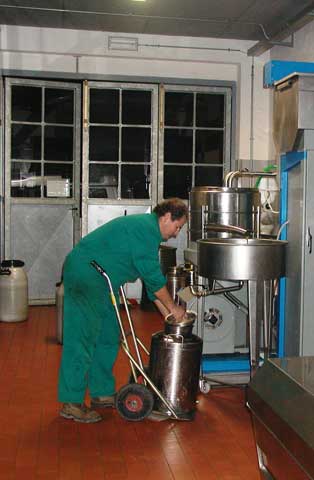 The tasting must take place in favourable environmental and physical conditions without smells and aromas that can alter the sensory quality of the oil. t starts by an examination of the colour, which must be free of impurities, tending to green if chlorophyll prevails or which may have shades of gold due to the presence of carotene. Next follows the olfactory evaluation that provides important data on the fragrance and reveals defects such as mould or rancidity. The gustatory evaluation is the most thorough step. A few ounces of oil are vaporised in the oral cavity, it is extracted holding the tongue against the palate and the mouth slightly ajar, the oil should be kept in the mouth for at least ten seconds. The result of the test confirms the oil to taste sweet or fruity or of artichoke or good pasta, these are characteristics of excellent quality for which the product is labelled with the denomination of extra virgin olive oil. The classification of oils has been promoted by the European Economic Community and is based on the degree of free acidity expressed in oleic acid. The different acidity levels depend on the degree of ripeness and the quality of the olives, the climatic conditions at the time of harvesting and how exactly the processing phases have been adhered to. An extra virgin olive oil has a perfect flavour and an acidity level of no more than 1%. Our oil has an acidity lower than 0.11% / 0.14%, which is practically non-existent.

The therapeutic virtues of olive oil have been well known for centuries.
It has a protective action against gastro-duoudenal ulcers because it inhibits hyperacidity; it also stimulates intestinal peristaltic activity, helping to solve constipation problems.

It has a preventive effect on cardiovascular diseases and atherosclerosis since the contained oleic acid reduces the levels of LDL cholesterol (bad cholesterol) in the blood.
Its content of fatty acids and antioxidant substances makes it part of the research for the prevention and treatment of tumours. 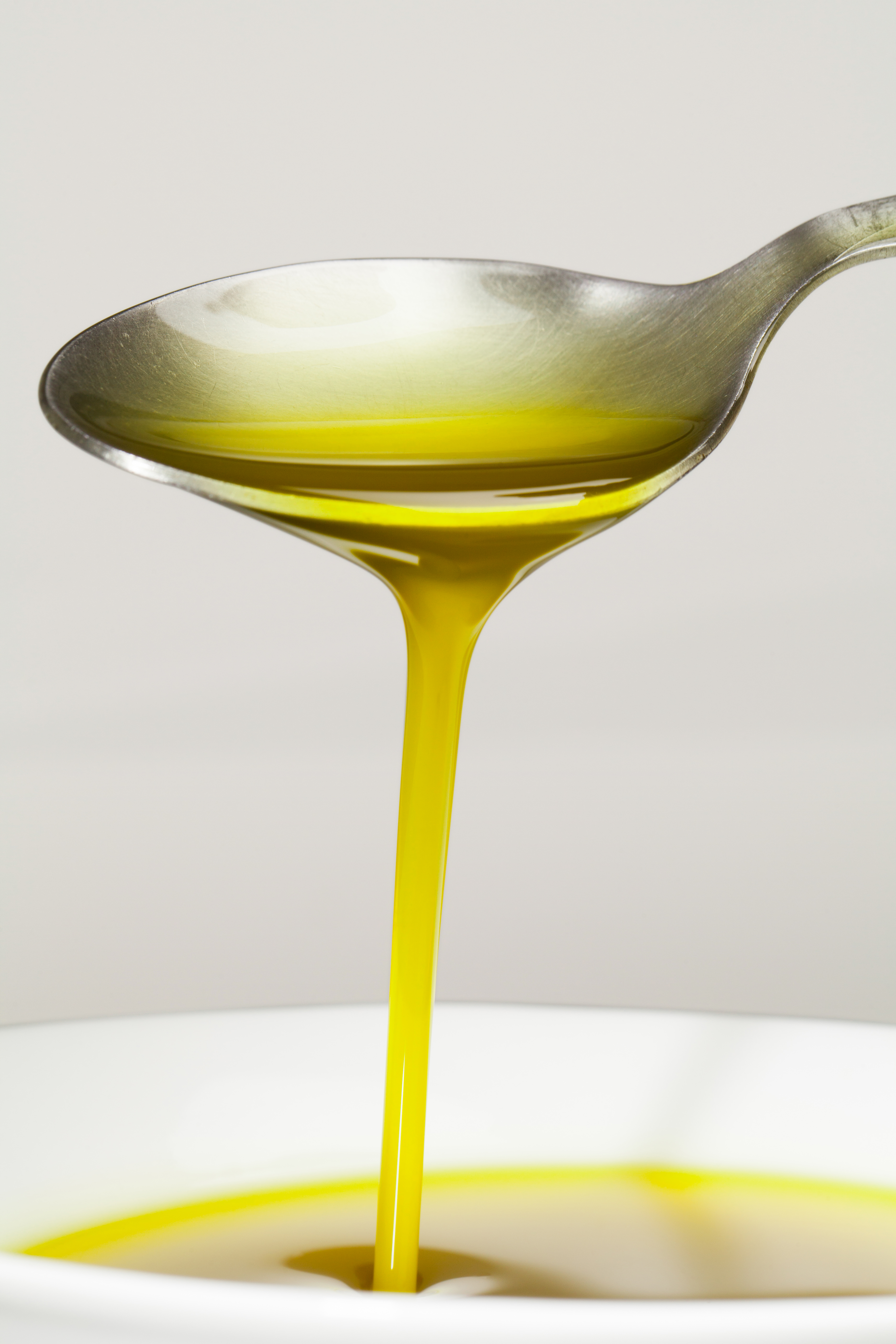